The rambling thoughts of a theist 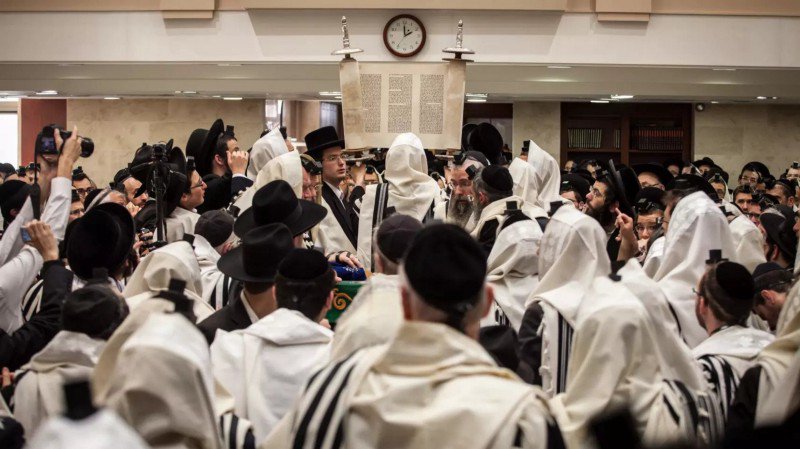 Judaism is a few thousand years old. It teaches that Noah, his family, and every species on earth survived the Flood on a 125,000 square foot Ark. An ancient villager with a geographical knowledge of 1 mile could understand the animal to space ratio. A few minutes online nowadays will show there’s a vast amount of species. The modern-day human can’t rationalize this ratio.

One could say that there is no God. We evolved from apes. Evolution is observable and proven scientifically. The question would remain, how did the first organism come into being? What happened at the absolute beginning of time? Darwinism has been around for a while and hasn’t managed to successfully answer this question.

What is the definition of a God? Judaism proclaims an all-knowing entity. An infinite power. An abstract genderless being. Capable of simultaneous compassion and ruthlessness. One that commands us to desecrate the Sabbath to save someone even if it’ll only add seconds to their life but light up a cigarette on the day of rest and the punishment is death. God is everywhere, always, and forever. The human brain can’t grasp the meaning of always, the concept of infinity.

The Oxford Dictionary defines God as “the creator and ruler of the universe and source of all moral authority; the supreme being”. Logic would say that the Genesis could’ve been written by any human. It is not the word of God. A cynical mind could counter that surely there has never been a man selfless enough to write such a manuscript and leave his name out of it. Where did it start? Did Moses wake up one day, write the Bible, and amass a following?

God is dead. God remains dead. And we have killed him.

Nietzsche expressed the idea that the Enlightenment killed the possibility of belief in God. We’ve grown so much, explored so many new ideas, and developed globally that new questions arise. Questions such as how Noah fit all those animals into the Ark. We killed the idea of a deity and replaced it with ourselves. We’ve created living beings and made plants grow out of nothing. We’ve harnessed nuclear power to push nations forward and have the ability to end civilizations.

We are an intelligent species. Our brains have massive cognitive power. This can make us forget where we’re from and how we came to be. A clever man doesn’t want to be reminded of his blunders. We prefer to forget that we might have been insignificant apes at one point. We’d rather focus on what we are now and what we can be.

In truth, the concept of God has guided humanity for thousands of years. It has given us a code to live by. Laws between man. Love thy neighbor. Thou shalt not kill, thou shalt not steal. It raised us above the wild animal within. The story of God is the greatest story man has ever known.

I’ve always had doubts with the idea of a Creator. The theory of evolution is a great one, and we prefer to think that we came to be what we are all by ourselves. It seems like there’s nothing behind all the disarray, pain, happiness, and randomness in our universe. But all of the above are bound by beautiful laws of physics and arithmetic equations. There must be something great behind all that. Chaos alone can’t create such splendid order.

I look at the young teen in the center of the picture above. He stands among chaos, yet is at peace. He might not have grappled with these issues yet. He might live in peaceful bliss all his life without ever thinking about something bigger than himself. I hope he will one day find his God and truly believe, if only just for his sanity.

The evolution vs creationism debate has been raging for hundreds of years. It’s thought provoking and brain stimulating, but that’s all it is. A theory for the brain to explore. My heart and conscience choose to believe in something greater than myself to keep me stable, guide me, and help me grow.

After all, it's my life.